Live at the Red Devil Lounge

by annie bacon & her OSHEN 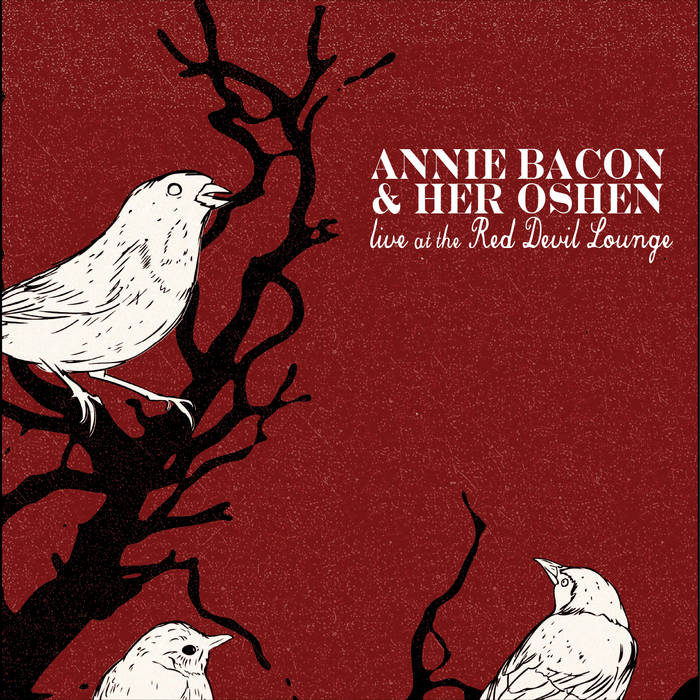 The Thursday night before Christmas Eve; Christmas Eve Eve. We only confirmed the show a few days before, and had no idea whether anyone would come. The opening band never showed and at 9:30p the place was like an abandoned warehouse.

But in the hour before our set, about 50 people showed up and snuggled up close to the stage beaming sweet faces, and I knew it was going to be a good one. The kind of night you're glad you brought the recording gear.

Our bassist Cristian Hernandez had the foresight, knowing that any set with both James Nash and Savannah Jo Lack playing should really be captured for posterity if nothing else.

The beauty of people like James Nash and Savannah Jo Lack are that their mastery uplifts you, which works even better when your rhythm section is like a titanium brick house.

I was buzzing with excitement through this whole set, and am so pleased with how well the recording turned out.

Most of these songs will be appearing on our upcoming, in-process album which will be released in late Spring of 2011.

Annie Bacon is a songwriter musician in Michigan. She aches for a more empathic humanity + her creativity orbits around this. She also composed a Folk Opera.

Bandcamp Daily  your guide to the world of Bandcamp